The main goal of the C05 project is gaining fundamental knowledge for the design of dry joints in AM components. Therefore, the correlation between the execution and manufacturing on the load-bearing behaviour of dry joints will be investigated. Many different joint geometries are gathered, compared and evaluated by experimental testing and numerical methods.

The selected joint profiles from the so-called joint catalogue (see last RSR) are tested in terms of their compressive load-bearing behaviour. The joint specimens are produced with different manufacturing processes, i.e. with shotcrete, extrusion and particle bed procedures, and subjected to a subtractive post-processing (CNC-milling and -sawing). Following, the accuracy of the joint production and the effect of layer orientation are evaluated. Figure 1 exemplarily shows a triangular shaped joint in the testing machine for compressive loading. The results of these investigation will also be applied to the upcoming combined shear-compression tests as well as for the final demonstrator.

The compression tests of the dry joints have been completed and are now being evaluated. In this context also comparisons of the load-bearing behaviour of the different joints in relation to the AM process, the joint geometry, the layer orientation and the subtractive post-processing are undertaken. Figure 2 shows the load-bearing behaviour of triangular shaped dry joints manufactured with the extrusion process.

According to Figure 2 the subtractive post-processing has generally a considerable effect on the load bearing capacity, the deformation capability at fracture as well as on the stiffness of the triangular shaped joint. The used CNC-sawing appears to be more accurate than the CNC-milling carried out. This is particularly apparent in the form of a more or less horizontal plateau between 0.5 and 1.0 mm. In addition to the experimental testing of the joints, a FE-Model has been established to better understand the mechanical relationships. First simulations have been conducted on a triangularly shaped joint. Figure 3 exemplarily shows the failure mode of a dry-jointed specimen with triangular shape in testing and in simulation. In Figure 4 a load-displacement-curve of an experimental test and the respective FE-analysis is compared. The numerical and experimental load-displacement-curves show a good correlation. In respect to the minor deviations it has to be considered that besides other effects e.g. the stiffness of the testing machine has an influence on the experimental data, which is difficult to take into account in the numerical simulations. Future developments on the numerical model should also consider other influences on the load bearing capacity of dry joints, such as the layer orientation or different pairs of joints (e.g. in relation to concrete types or concrete strength). 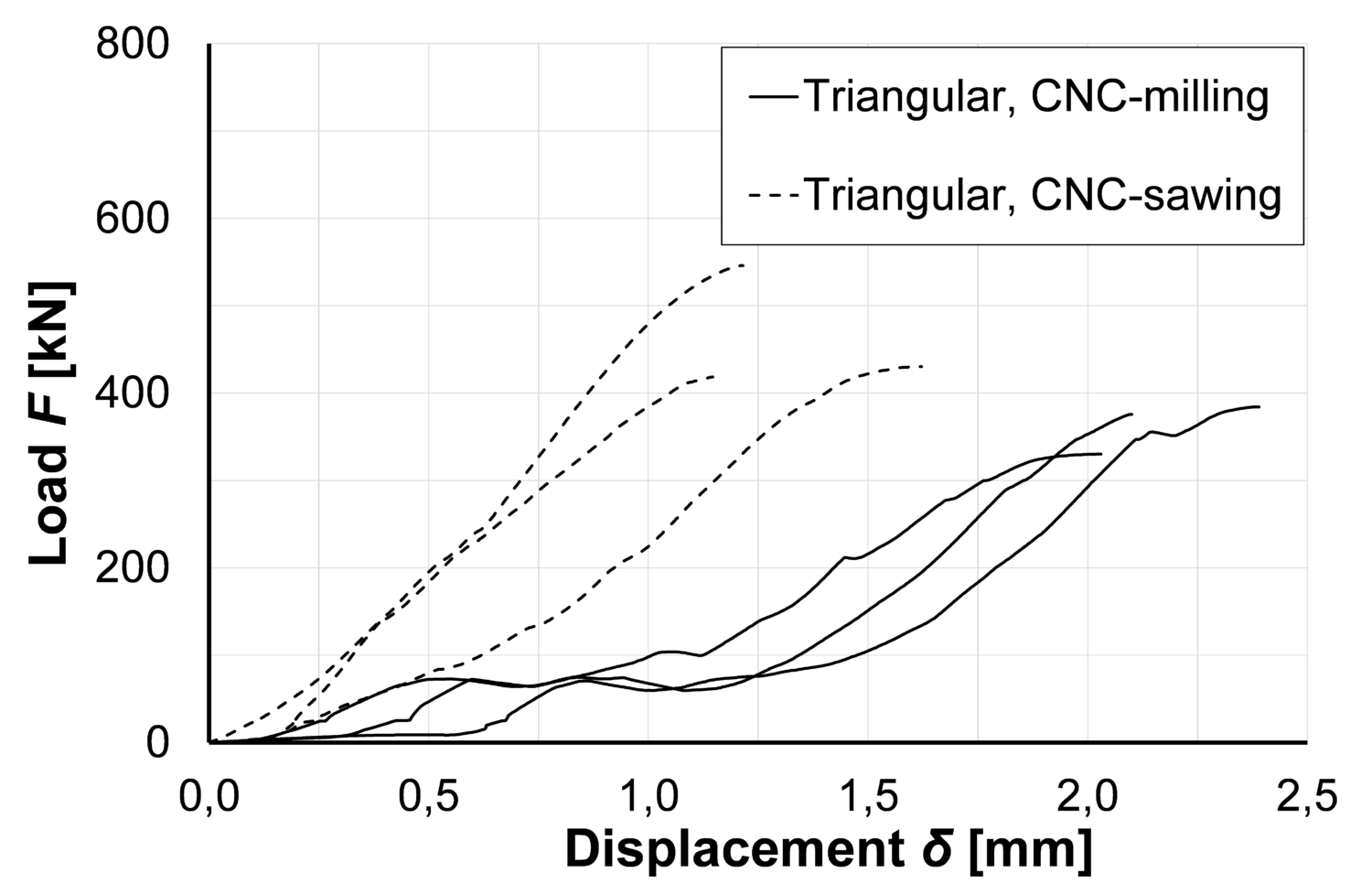 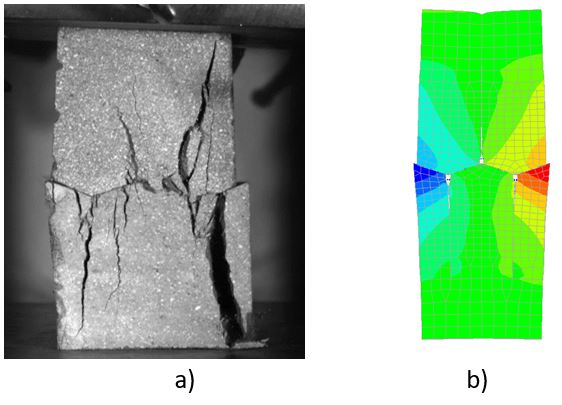 Fig. 3: Testing of a triangular shaped joint: a) experimental failure mode; b) deformation at failure in FE-analysis 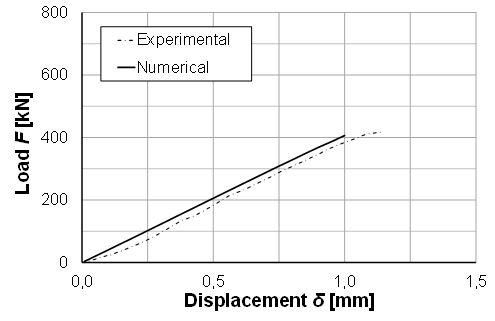