In project A07 the design, manufacturing and mechanical properties of complex individualized WAAM steel nodes for use in construction is investigated. A new method is developed to design force flow optimized steel nodes as connectors between semi-finished parts and anchorage structures considering the manufacturing possibilities of the WAAM-process and the resulting material behaviour. The manufacturing possibilities will be identified by case study demonstrators, which represent occurring features of the designed node. The produced parts are characterized regarding their mechanical properties. For that an advanced material testing method is applied to evaluate the potentially anisotropic material behaviour. With buckling tests on case study demonstrators the component behaviour will be investigated.

The Thiele working group is currently examining how specific manufacturing techniques affect the mechanical properties and surface quality of thin-walled WAAM components. These techniques include overhangs, startpoints, interfaces of walls, and print pauses. To conduct their research, the group extracts “as-built” and machined dog-bone tension specimens from walls printed using these techniques. The surface of the “as-built” specimens is then analyzed using a structured light scanner to identify geometric irregularities in comparison to a regular wall. Next, the specimens are subjected to a tensile test while being monitored using an optical measurement system, specifically a two to four camera DIC-system, to measure full field deformation behavior. The data collected from the 3D-scan, DIC-measurement, tensile test, and manufacturing monitoring will be combined to create a digital shadow of the tensile specimen. This digital shadow will be used to investigate any possible correlation between anisotropies, surface irregularities, and the special manufacturing techniques, ultimately helping to characterize their influence on the mechanical properties of thin-walled WAAM components. This knowledge will be used to extend the digital shadow to a digital twin which is capable to encounter the manufacturing process and predict component performence.

Currently the influence of the print overhang on the mechanical response is analyzed. The overhang angle refers to the angle between the direction the wall was built and the vertical axis. Working group Hensel produced walls with 0° overhang and 75° overhang. Afterwards, tensile specimens were extracted and machined. Three different specimen orientations in the wall were tested: in building direction (vertical) in deposition direction (horizontal) and a 45° to both directions (diagonal). All tests on these machined specimens have been performed aided by a stereo DIC-system. The strain fields obtained by the DIC system are used to determine a material model, which can be used to describe the mechanical response. 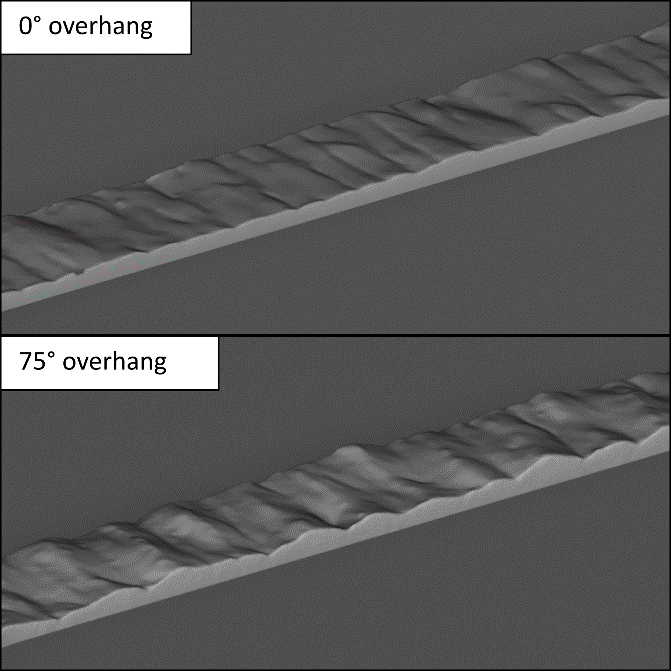 Fig. 1: Surface topolgy of walls printed with and without overhang/ Credit: Hendrik Jahns